TumblingJazz has every feature a Tumblr marketer can dream of while being cheaper than the competition. The only issue with the bot is that it looks ugly, but that’s really the last thing I’m worried about. 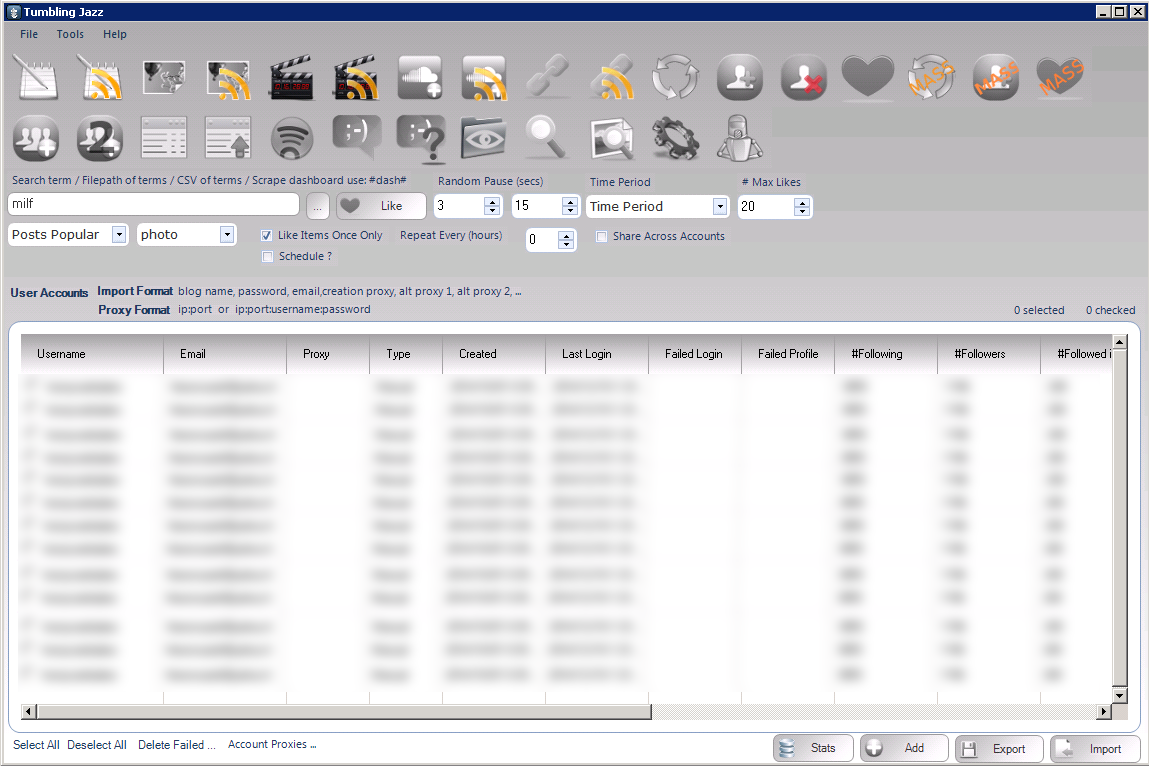 Those were only the main features. There are also others I will write about later.

Why do I need a Tumblr bot?

You might be surprised by that answer, but you don’t need a Tumblr bot. I didn’t have one when I began marketing on Tumblr. You can do everything manually. However, it will cost you way more time and effort. I used to spent 2-3 hours per day for posting, following, liking, reblogging, registering new accounts etc. Now, with the bot I also spent 2-3 hours for Tumblr marketing – every two weeks!

A bot makes the whole process a lot faster and easier. Don’t worry if you don’t have the funds for TumblingJazz. You can do everything manually and then later buy it when you earned enough money. If you have the funds and you want to market on Tumblr, you should definitely consider this investment.

I spent dozens of hours trying to find the best Tumblr bot. I’m pretty sure that I found the best one with TumblingJazz. I now want present you the reasons why I think this is the case.

TumblingJazz has lots and lots of functions. To all list them here would probably bore you to death, so let’s concentrate on the most important ones.

Of course TumblingJazz can do all actions that can be performed on Tumblr. That is liking, reblogging, following, posting and editing your profile + settings. The difference between manually using Tumblr and using TumblingJazz is that it can be done automatically for an unlimited number of accounts. You can define the details of all those processes, e.g. when it should happen and how often.

Accounts can be created automatically. I recommend to use proxies for creating more than 2 accounts per IP.

Take a look at my set up for posting images:

When you have more than one account, the accounts can help each to grow big by following each other or reblogging each other.

All those actions above can be scheduled, meaning you can set up what should be done at which time. Travel to a lonely island, leave your computer or VPS with TumblingJazz turned on and your Tumblr blogs will still continue to post, reblog, follow, like etc without you being there.

One of the most important features of every software is if the developer is maintaining the software and if they will create new updates in the future. It happened to me before that I bought a good piece of software and then after a few months no more updates came out, making the software unusable.

Social networks like Tumblr often change their layout and the way their site works. Every time when such a change occurs, a bot developer has to adjust the software or it might becomes useless. TumblingJazz has at least one update per week and an active support forum.

I heavily rely on the software and haven’t been disappointed so far. Don’t try to find a cracked version of the software because then there is a real chance of the developer losing his motivation.

The price of TumblingJazz might appears quite high at first, but it is not if we compare it to its competition.

It doesn’t make sense to compare a paper plane against an Airbus A380. Therefore, we first have to filter out all the shitty bots that don’t have the same functionality as TumblingJazz and that are not as frequently updated as TumblingJazz is.

This only leaves one competitor: xtumblebot, which is a fantastic software as well. However, this software costs $50 per month on the lowest plan, compared to the $77 one-time fee for TumblingJazz. Do the math, after around one and a half month of usage TumblingJazz will already be cheaper.

The developer of TumblingJazz is an adult webmaster himself. He knows which features we need and already implemented them. For example, unlike most other bots we can automatically flag our blogs as containing adult content, so we don’t get banned for ignoring the Tumblr rules.

How to make money through Tumblr bots

The basic principle is that you use a Tumblr bot like TumblingJazz to drive traffic to an affiliate offer or your own website.

For example, you could be trying to make money in the webcam niche. You could create Tumblr blogs around this topic with posts linking to a CrakRevenue cam offer.

Another idea would be to create a HostedTube with PimpRoll and post links to this tube on your Tumblr blog.

My Tumblr guide for adult webmasters teaches this and other ways to make money in more detail. In this post, I’m also sharing the exact TumblingJazz settings I’m using. 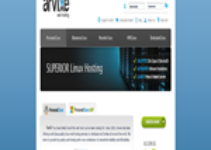 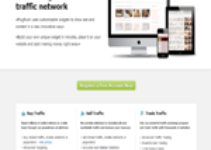 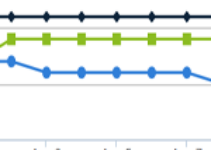 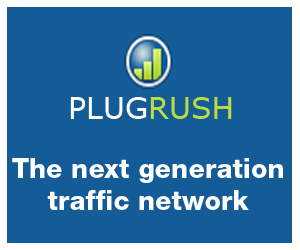 247-Host offers 30% off the order with coupon code "AdultWebmasterBlog"Click here to get your hosting account!
+